For an island community that’s a 75-minute ferry ride away from the mainland, Vinalhaven has been fortunate to have had two very successful long-term town managers, says Emily Lane, a current member of the island town’s board of selectmen.

Both remain well-regarded in the community, even though each had different strengths.

But in mid-2015, the town found itself without a manager. Steve Eldridge, hired in December 2014, left the job abruptly for a position in southern Maine.

What the town did next might seem rash, or ill-conceived, or even risky. But in hiring a 28-year-old without the typical public administration degree or much municipal experience, Vinalhaven showed a kind of leadership, betting not only that the young man would grow into the job, but that the qualities he brought to the town office might just trump what a veteran municipal manager could list on a résumé.

“I think we were quite forward-thinking,” says Lane. “Not only the selectmen, but the community.”

To understand why Vinalhaven hired Andy Dorr, you have to understand the process that led to Dorr not getting the job the first time around.

Stratton left the post in 2014, but had given the town ample time to plan for her successor. Using the Maine Municipal Association (MMA) as a consultant, the town created a 10-member committee to articulate what it was looking for in the new town manager. A staffer from MMA wrote a job description based on the committee’s work, and the position was advertised.

“We had a basic idea of what we wanted,” Lane remembers. (Lane is a member of the Island Institute’s board of trustees.)

More than 100 applied. The MMA staffer winnowed that number down to 20, and the island committee further cut the list to 10 finalists. All were invited to the island for interviews.

“We were looking for that perfect person who would reach out to the community,” she said, “but who also had a strong financial background.”

While that process unfolded, Dorr was asked to serve as interim town manager. He had impressed selectmen and others with his handling of the town’s comprehensive plan, shepherding it to public approval. That work was his focus as an Island Fellow, the internship program run by the Island Institute (publisher of Island Journal).

For selectmen and members of the community at large who served on the screening committee, Dorr was a strong second choice.

“Andy had all the attributes that we wanted,” Lane recalls, including a knowledge of and passion for Vinalhaven’s unique charms, assets, and challenges. “But he lacked that financial background.”

After Eldridge left, the thought of starting an exhaustive search all over again was daunting. So selectmen made what might seem like an old-school, from-the-gut move: They hired the young man who had been one of the runners-up for the job.

Dorr hails from Waterville, a small town in upstate New York. He’d earned a two-year degree at a community college, studying criminal justice. After a year off, he enrolled in the State University of New York’s College of Environmental Science and Forestry in Syracuse, where he earned a BS in environmental studies, with a concentration in policy, planning, and law.

Dorr arrived on Vinalhaven in the fall of 2011 for the fellowship. Being single and in his twenties, Dorr recalls watching the ferry leaving with his parents aboard. Laughing about it now, he remembers the finality of being island-bound sinking in, and asking himself, “What have I done?”

But he began exploring Vinalhaven’s hiking trails, and joined a men’s book club—and just about every other social group.

The work at hand—updating the town’s comprehensive plan—would take a lot of time and effort. The state requires plans to be current, and often, towns are not eligible for state grants if the plan is out-of-date.

A previous multiyear effort to update the document, which identifies assets, resources, challenges, and goals, ended with islanders voting it down at town meeting. 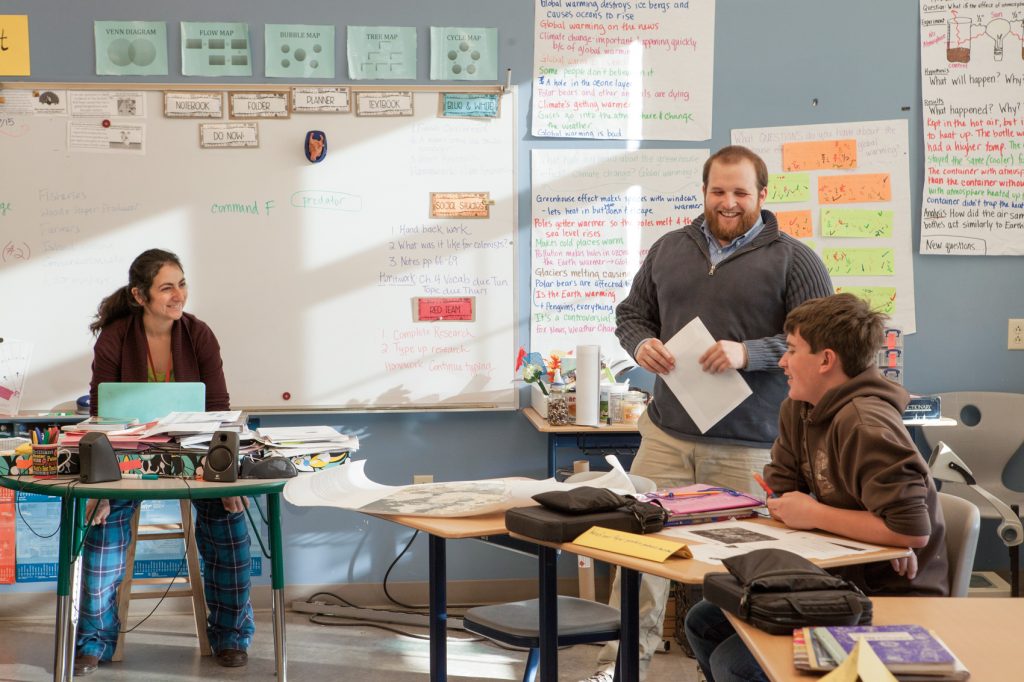 Dorr’s approach to the project is telling about his people and political savvy. Though the plan is not zoning, it can be the blueprint for new land-use regulations, and that can make locals nervous.

Dorr kept people informed, a strategy he described as “not putting people on their heels,” a way to present information without making people defensive. And he listened.

“I tried to make an effort to identify who was against it last time, and get them to talk about it,” he said. Some of the gripes about the previous plan involved small matters, Dorr said. “Well, it’s easy to not include some of those [provisions].”

Previously, the update was seen as driven by summer residents. To reverse that perception, “we did a lot of working groups in the winter,” he said. “My job was to understand the island. I’d talk to anyone who wanted to talk,” he said.

But being town manager means more than understanding the people and their values. Vinalhaven’s annual municipal budget is about $1.8 million; the school budget is about $3 million, and the town pays about $500,000 each year to the county. It’s a serious business, requiring real financial skills.

Lane, who has served a half-dozen terms as selectman in the 45 years she’s lived on the island, said Dorr came close to being hired after his stint as interim manager.

“Barring his lack of financial experience, he would have been our choice,” she said.

And Dorr understood the town’s trepidation.

“I was grateful to have the six months [as interim manager],” he said. “I couldn’t find any fault in not getting it.”

Phil Crossman, now a selectman who was on the screening committee the first time Dorr applied for the manager job, is a supporter.

“He really had, by the time he applied for the permanent position, settled nicely into the fabric of this community and acquired a good understanding of much of what makes us tick,” he said. “His having done that so capably gave us the courage to take a chance on his growing in the job.”

Kris Davidson, an island real estate broker, was one of Dorr’s advisors during his fellowship.

“We could tell he had all the qualities to fit in and be a leader,” she recalled, when island leaders interviewed him for the fellowship. “He’s very approachable, very likable, which are really important when you come into a small community.” She also saw “a lot of confidence,” tempered with a genuine humility.

Kathy Warren, the school business manager who worked at getting a Fellow on the island to tackle the comprehensive plan, gives him high marks, also noting his approachability. Throughout the comprehensive-plan work, Warren said, “He was very good about putting the responsibility for choices back on the townspeople.”

Dorr was not shy about approaching people to solicit their views, and then took to heart what they said. “He’s done a good job of really advocating for what he’s been told by people. He’s just a nice guy,” she concludes.

“You never know who’s going to call or show up in the office. You wear so many hats—treasurer, tax collector, general welfare administrator.”

Along with day-to-day tasks are big projects. “We’re looking at a new public works garage right now,” he said. Being the team leader on such work “is the best part,” he says.

“There’s a lot of pride in the community,” he continues. “It’s nice to walk into a shop and have the shopkeeper know your name. It’s a very independent, hardworking community. I think it’s really a treasure.”

Now that he’s on board full-time, the town is investing in Dorr’s education. He’s enrolled in the University of Southern Maine’s policy, planning, and management program at the Muskie School in Portland, attending classes there and online.

The decision to pay for the classes, which will give Dorr a master’s degree, was unanimous among selectmen, Lane said. The town sees its investment in Dorr’s continuing education as an investment in the island’s future.

“We hope he stays,” Lane says.